It didn’t help to “go West” 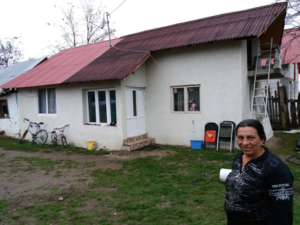 The family Daniela and Petre Samoila, both aged 48 år, tried their luck in France. It was like so many other from the Roma-villages who seek work in the western or northern European countries, an attempt to find a higher standard of living.

Poverty made them leave

They left their home region due to the poverty at home in Romania. They had an idea and a hope that they could make some money by collecting metals – sell it – and possibly beg there.

Roma – closest to themselves

In France they met some roma from the Ursari tribe (se more on Roma tribes). Some of these roma made the family Samoila buy a piece of land. It cost 100€ and only afterwards the Samoilas found out, that the Ursaris not at all did own the land, but only sold it as if it was their own. Petre though built a small shed as a room there – made of cardboard and plywood. We made a stove out of a barrel of metal that was always smoking. The family had to wash in a small plastic basin.
Some times they had luck and found some clothes and other things left by the French people. In the beginning, they hid it behind their shed to collect it and send it to the family in Romania. We though had the disappointment, that our neighbours, the Ursarians, stole, what we had collected as soon as they saw the opportunity. It was extremely hard to make a living there, says Daniela.

Going  back to Romania

Efter After a while, the couple had contact with a French humanitarian organisation, which suggested they should travel back to live in Romania. If they did so, the organisation would help them to start up running a small farm, who they could raise their standards of living. They accepted and went back to Romania.
In Romania they had a visit by a woman from the French organisation. She helped them to buy materials to build some small stables and barns for pigs, cows and sheep. Daniela and her husband built the small stable and barn and now they just wait for the organisation to send the animals, they agreed to as part of the first year contract. 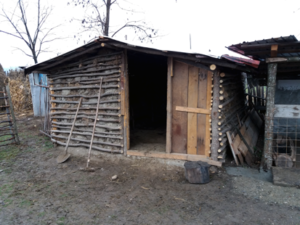 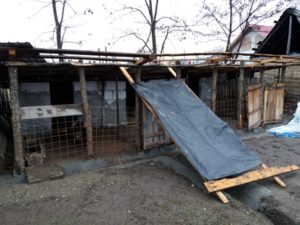 A situation for a talk

Daniela told this to Gigi with much joy. He tells on, that it became a wonderful situation for a talk about how God provides and cares for everyone in this world, so that he has an opportunity to let them know of the Gospel in Christ. It ended being a very good talk.