New titles in Farsi and Arabic

Two new titles have appeared on the DBM list of Christian books in Middle Eastern languages. It is a children’s Bible in Arabic and a small Christianity book on Farsi. Both books can be ordered for FREE via DBM’s website for payment of postage alone. 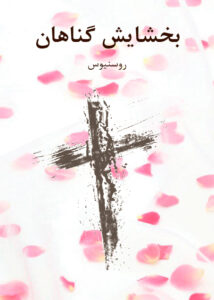 “The forgiveness of sins” on Farsi

It is not the case that forgiveness of sins has not been preached in Farsi before, but the case is that DBM per December 5th, publishes a small book called “The forgiveness of the Sins” in Farsi. This is done in cooperation with the Swedish Lutheran Literature Mission (LLM) and the United States-based Lutheran Heritage Foundation (LHF).

Updated translation to all of Northern Europe

The book – or the booklet – is a single chapter of the author C. O. Rosenius’s works and is simply called “The Forgiveness of the Sins”. The little article aims to lead the reader into a deeper faith in Jesus Christ.
The booklet has been translated from a linguistic updated version of Rosenius’ original text to which LLM has rights. The booklet will be distributed in Denmark, Sweden, Norway, Finland – as well as in Germany and into France, where there are congregations with a Farsi speaking in the assembly. 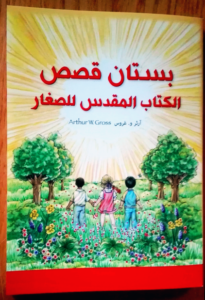 At the same time, DBM has from LHF received an Arabic children’s Bible. It is an Arabic translation of the children’s Bible, called “A Child’s Garden of Bible Stories.” The same children’s Bible will also be available on Farsi in 2018, but no release date has yet been set. The book is translated and published by LHF – and is currently available in 49 languages. It can also still be purchased in English and reviews can be read – for example here. It is still unclear whether it will be translated into Danish.