”Only one thing needed” spreading through Europe. 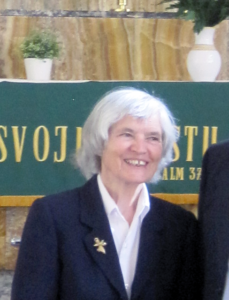 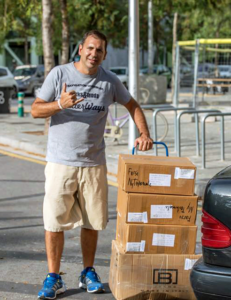 Following this meeting, an agreement has been reached with the Slovak Evangelization Center v. Slavomír Slávik on the translation of “Only one thing is needed” into Slovak. The target is a release spring 2019 following the same principle of free distribution, which applies in English, Spanish and Romanian.

In continuation of the contacts in Slovakia, there has also been contacts to the Slovak Lutheran Church in western Romania, v. pastor Dušan Vanko. Via Viola Fronkova, they have become aware of “Only one thing needed” in Romanian. Therefore it was a great pleasure to send about 75 kg. Romanian books for them. To the right, their choirs are seen in the Butin church

As another outcome of the cooperation with Viola Fronkova in Slovakia, there was a contact with the Tartu Academy of Theology (TAT) in Estonia in June, whose leader is seen on the right.

It is a place of education for pastors for the Lutheran church in Estonia. Without DBM entering into closer connection with TAT, 70 sets of “Only one thing is needed” in English were sent to Estonia.

A talk at an information stand prompted DBM to receive another request at the end of July. This time it was from Toulouse in the south of France. There were a group of Christian Farsi-speaking Iranians, who lacked Bibles and books for Christian education. DBM received 300 New Testaments from a contact in Haderslev. In addition, several mini-books in Farsi were packed and several of the booklets of “Hamideh’s testimony”, the booklet “The Forgiveness of the Sins” and “Luther’s Small Catechism” in Farsi. It turned out, however, that the local church also runs a mission among Roma people (who speak Romanian) in the area, so they ended up having several sets of Romanian “Only one thing is needed” and other Romanian in the boxes.

This shipment was ready for dispatch at the time when Jan-Tore Olsen from the Norwegian mission agency “Sarepta” drove through Denmark. DBM owe him thanks for bringing the boxes along. After a few misunderstandings, the books have arrived via the contact in Barcelona, which is seen here. 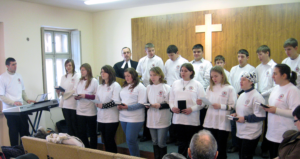 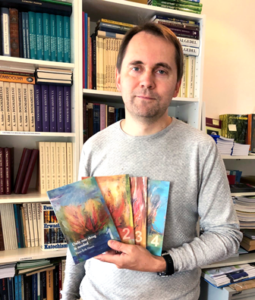